The Silver-studded Blue, Plebejus argus, gets its name from tiny silvery-blue scales on the black markings on the edge of the underside of its hindwing, which are present on most but not all adults.

The flight season for the Silver-studded Blue is usually from around the middle of June until the end of July, although this can vary each year. For example, in 2020 the first Silver-studded Blues were seen on 30th May. After mating the females lay their eggs near a nest of the Black Ant, Lasius niger, usually on the leaves or twigs of Heather, but sometimes on other plants such as Bird’s-foot Trefoil, Gorse or Broom. The eggs are round, 0.8mm in diameter, white and have a dimple in the centre. Inside each egg is a tiny caterpillar curled round the centre.

The eggs remain in place throughout the winter and the caterpillars will start to hatch the following spring. It is picked up by the ants, who will tend it and give it protection from parasites and predators. In return the caterpillar will give the ants sugary secretions from a gland at the rear of its body – a symbiotic relationship.The exact nature of this relationship is still not fully understood. Each caterpillar goes through four instars as it grows and sheds its skin. For the first three instars it is brown in colour, but it becomes green with a black line down its back for its fourth and final instar, when it is about 14mm in length.

The caterpillar then pupates underground, and the pupa is tended by the ants. After about three weeks the adult butterfly will emerge by climbing a stem of vegetation. For the first hour or so of its life it is unable to fly until it has pumped up its wings. It remains motionless and the ants continue to tend it and feed on secretions provided by the butterfly until it is ready to fly away.

Nigel Ball, a talented photographer and one of our dedicated Prees Heath Common Reserve volunteers has recently made a video about the reserve and the Silver-studded Blue.  Please click HERE to view. 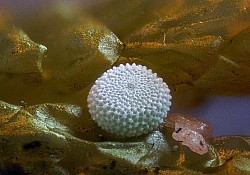 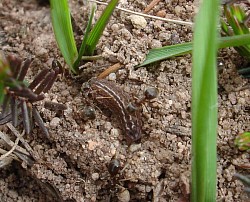 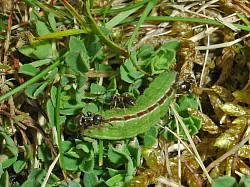 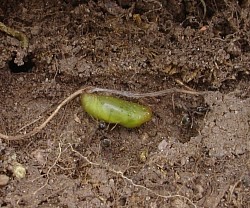 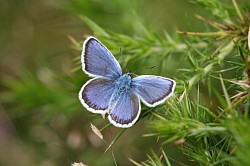 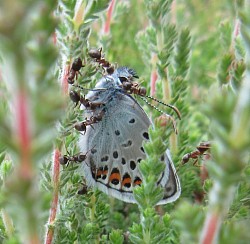 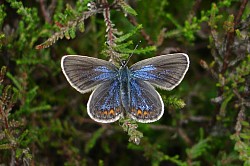 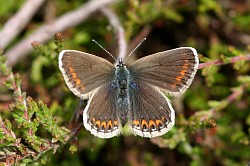 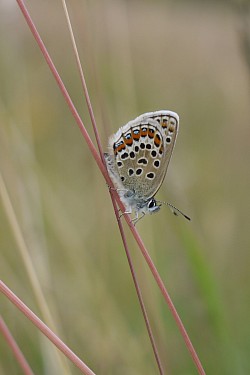 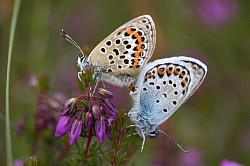 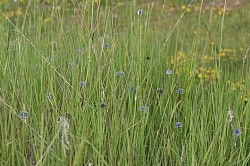