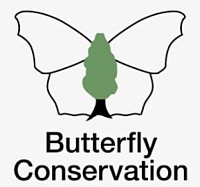 Prees Heath Common Reserve was purchased by Butterfly Conservation in 2006. It lies between the A49 and A41 roads to the south of Whitchurch in North Shropshire and its 60 hectares form the western half of Prees Heath Common.

The Common is the only remaining sanctuary for the Silver-studded Blue butterfly in the Midlands. This species is an emblem of lowland heath in Britain and it can be found on the Reserve in huge numbers during its flight season. As well as the Silver-studded Blue, the Reserve supports a vast array of other species of butterfly, moths, other invertebrates, birds, plants, mammals, reptiles and amphibians.

The Common has a fascinating history dating back several centuries. In the twentieth century it was an army training camp in WW1, and a training airfield in WW2.  In the postwar period much of the Common was ploughed up and used to grow crops, thereby destroying the heathland that had existed there for centuries. On the Reserve an ambitious, challenging and long term heathland re-creation project on the areas that were in arable cultivation prior to purchase by Butterfly Conservation is showing some promising early results. 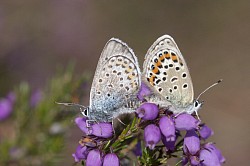